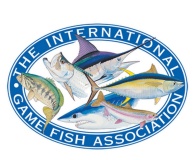 Catch Sharks - A New Era
My name is Eric Ozolins. For many in the fishing community across this great county, you may know me simply as 'Oz'. I have always said I would never start up a tackle business - I have several good friends who run their own that I respect very much. With that being said, I had the opportunity and was able to purchase the incredible Catch Sharks company from the previous owner and creator, Mr. Kennedy recently. The well respected Mr. Kennedy was trying to 'simplify' his life to take advantage of a bright future with his wife and a very young child. On that note, I made the move and obtained Catchsharks.com and the company.
For myself, it was a no-brainer. When it came to shark gear and leaders, these were the only leaders I have used for the past several years. I am very meticulous and picky in my gear when it comes to functionality. The quality and craftsmanship presented was nothing short of superior. Steven's ED powder coating process has been active and a standard on shark leaders for nearly 10 years, longer than any other retailer. Catch Sharks pioneered several aspects of the modern day shark leader and innovation has what made this company successful in the past despite very little advertising.
This online company has been serving anglers nationwide, with to my surprise a large volume of sales on the east coast. Here in Texas, Catch Sharks leaders are responsible for landing the last two 13'+ sharks from the surf (tiger and hammer). Countless sharks over 10' have been landed and put to the test on the leaders and equipment. For over a decade, these have been some of the most productive, efficient, and high quality leaders available - with various tournament wins by anglers using Catch Sharks gear.
Skip ahead to present day, I am happily giving the company a timely facelift and expanding it in directions which were previously impossible. While I have been working modifying the website itself, much more work will be done. As far as products, we will continue on the tradition with superior leader quality and innovation. I will carry on with Mr. Kennedy's fine craftsmanship and incorporate that into many new products (some which are available and can be viewed on the catchsharks.com website). New creative products will be added on a weekly or even daily basis.
If I didn't love shark fishing or the success and compatibility of the fine gear and products offered, I would have never taken over the company. Myself and others look forward to the future and many great catches by shark anglers from around the world using Catch Sharks gear. A side note, we will be giving away gear each month for monthly catch/photo contest with fish caught on Catch Sharks gear. Join us on social media on both Facebook and Instagram!